On October 24, Read on The Lake celebrated Double Ninth Festival in Xuanwu Lake Park, Nanjing. The activity is jointly organized by Jiangsu Province Reading Promotion Association, Jiangsu Broadcasting Corporation and Nanjing Literature Center. The Double Ninth Festival reminds us to respect the elder and remember our hometown, thus this event themed around “Me and My Hometown, We Read Together”, leading people to read works of nostalgia, inherit the traditions and celebrate the holiday. Guests of the event include: LIU Xudong, Vice President of Jiangsu Provincial Federation of Literary and Art Circles; CAO Fengjun, writer and journalist; ZHOU Yimin, a teacher of excellence in Chinese at Nanjing Langya Road Primary School. They discussed the topic of “hometown”, shared with audiences selected works of nostalgia literature, in particular Chinese literary classics, and talked about the impact of “hometown” to writers in their writing. In terms of hometown and writing, LIU Xudong believes that the writers or literature have natural and indispensable bonds with their hometown, and the history of literature has witnessed such connections. “For example, BI Feiyu depicted a vivid picture of the county of Xinghua, his hometown; The works of SU Tong in his early stage started from the description of life in his hometown Suzhou; YE Zhaoyan grew up in Nanjing and he’s well-known for his works on Nanjing.” He agrees that hometown is an “undrainable source” for writers’ inspiration.

Speaking of the influence of hometown culture on writers’ language styles, CAO Fengjun believes that every writer’s writing would be affected by both inner and outer factors. By inner factors, we are mainly indicating the experience of writers, and their feelings for life. Outer factors include the places they lived, their environments. For example, in BI Feiyu’s works, certain words of Xinghua dialects sometimes appear.

ZHOU Yimin discussed the topic of dialects and accents. “Many people live and work away from their hometown now, they normally take the place they stay as their second hometown. But when they encounter people from the same place of their hometown, as soon as they begin to talk in their dialects, they fall homesick.” Therefore, ZHOU Yimin said, teaching children nursery ballads and rhymes with their local dialects is of great significance. They would learn our traditional culture in this way. The searching and collection of children’s rhymes with dialects is very meaningful for children, especially the second-generation migrated citizens.

Based on his work of Food in my Hometown, LIU Xudong also shared with the audience his ideas about the special meaning and feelings behind hometown food for people who long for their homes. 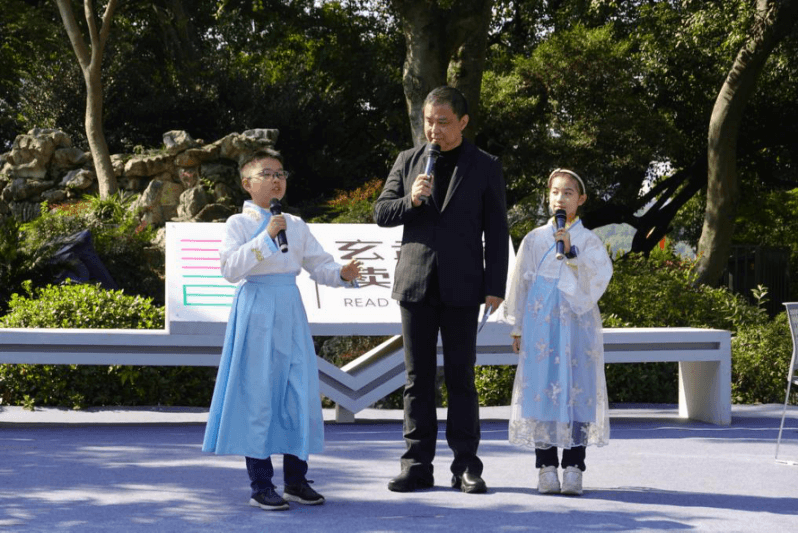 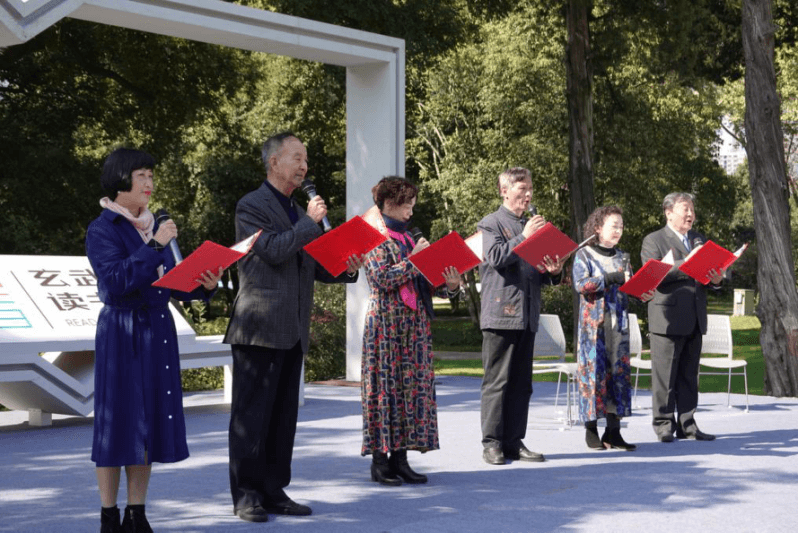 CAI Mengran and FAN Jiahe, two Kid Ambassador of Poems of the I Love Ancient Poems programme in Jiangsu Urban TV Channel, read aloud Double Ninth Festival themed poems selected from the Chinese Literature Classics A Dream in Red Mansion. This set of poems drew a picture of “literature lovers holding wine and carrying crabs, rhyming poems and viewing flowers” in the Grand View Garden, the garden in the Red Mansion. Specifically, the poem Drawing the chrysanthemum by the character “Baochai” and Ode to the Crab by the character “Baoyu” brought audiences back to traditions of the Double Ninth Festival. Jinling Good Time Reading Group, and students from the Arts and Media School of Nanhang Jincheng University also gave passionate performances in reading famous works. 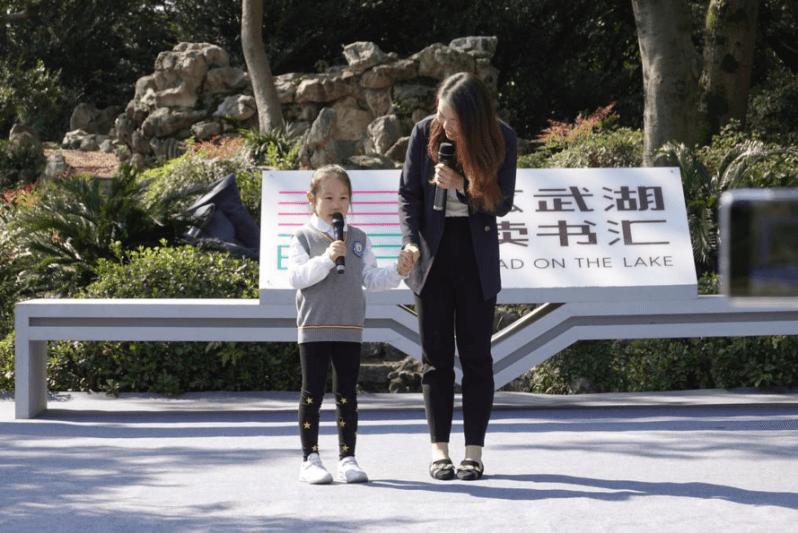 The activity is being lively streaming online, a lot of netizens joined the interactions with audience on the spot, they fully feel the multiple meanings of “missing the past and respecting the old”in Double Ninth Festival and the different writings of “hometown”.