Read on the Lake: Special Event for Qixi Festival 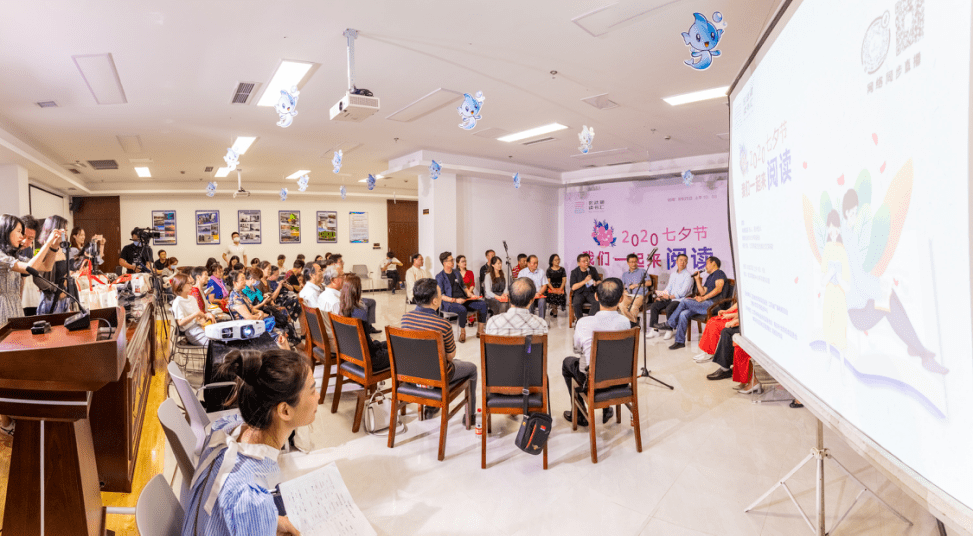 On August 25th, Read on the Lake Qixi special event was held at Xuanwu Lake Park by Jiangsu Reading Promotion Association and Nanjing Literature Center. With “2020 Qixi Festival, Let’s Read together” as the event theme, participants sought out poetry of romance throughout history. From ancient love stories to a tough soldier’s courtship during the times of war; from “sensitive crush” to “great love”; with the form of recitation, the event led participants to appreciate ‘love’ as the most beautiful language. 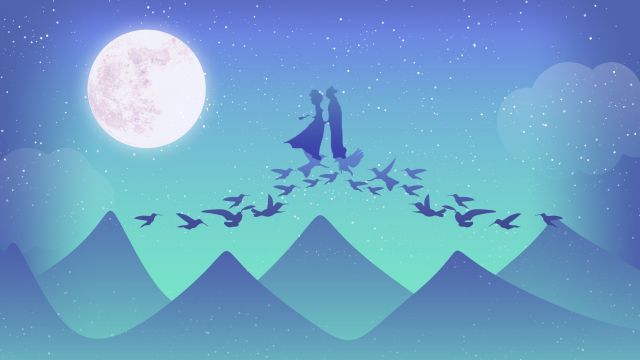 Qixi Festival is also known as the Chinese Valentine’s Day; it is a Chinese folks’ festival which has been granted the title of national intangible cultural heritage. Based on the ancient myth, during the day of Qixi Festival each year, cowherd and weaving fairy – a couple that is forced to separate from each other, will reunite on a bridge of magpies. For thousands of years, Qixi witnesses the romance of this star-crossed love story; it bears folks’ traditions that demonstrate Chinese people’s aspiration toward their future lives. 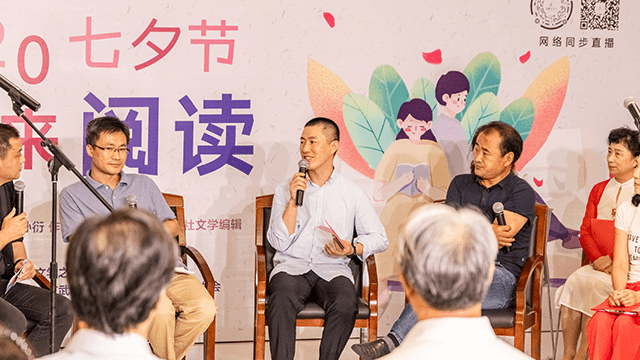 The event invited three guest speakers which include the potato brother (famous poet and book planner), Liu Zhiyuan (the assistant dean of Nanjing Teacher Training University School of Arts) and Sun Yan (editor of Nanjing Phoenix literature press). Based on poetries and classics, these guest speakers discussed the importance of the romantic theme to the literature field of ancient China. They've also talked about classical literature expression with participated literature lovers and recitation lovers. They analyzed the differences in the expressions of romantic poetries across the history and the world; they also conduct an in-depth investigation on love stories during the times of war and the national pride hiding inside them.

Liu Zhiquan thinks: “Literature has three iconic components, they are ‘life’, ‘death’ and ‘love’. Among these three, we are accompanied by ‘love’ throughout our entire lives. As a result, all the literary works would mention ‘love’.” Potato brother thinks: “Poetries have two major functions in terms of expressing emotion or ambition. Therefore, for ancient literature, poetries are expressions of ‘love’.” Sun Yan, the author who wrote the famous sentence of ‘May you go long, may you back young.’ thinks: “the romantic themed classical poetries can remain for thousands of years due to their board range of target readers. A lot of them are variations of folks’ music; they can express the sincerest emotions with poets’ integrations and touch up.”

Potato brother thinks that Chinese classical poetries demonstrate the conception and connotation beauty from traditional Chinese Confucian culture. Sun Yan thinks that Chinese poetries of romance represent oriental aesthetics; they are the combination of aestheticism and romanticism that reflect people aspiration to live a good life. During the recitation part of the events, letters between Zhou Enlai and Den Yingchao during the times of war, ‘A Shooting Star During Probationary’, poetry from a poet whose partner die on the battlefield and ‘Like a Dream’; these poetries let participants perceive Loveship from a different perspective. Instead of couples’ whispers of love; these texts emphasized on tough soldiers’ love during the times of war. These texts not only emphasized these couples’ romance but also demonstrated these their contributions to the nation.