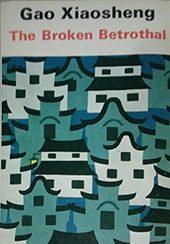 One of the representatives of “The Explorers” literary collective, Gao’s writing broke the formula for character writing which preceded him, thus birthing Chen Huansheng to whom a whole series of novels was dedicated. Some of his other representative works are On a New Path and The Broken Betrothal. He has been awarded the National Prize for Excellence in Short Story Writing among other literary honours.