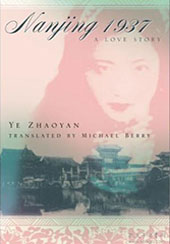 Born in Nanjing in 1957 and a graduate of Nanjing University, Ye Zhaoyan has produced a large body of literary work, the most celebrated of which include The Shadow’s Flower and Nanjing 1937: A Love Story. His novels retracing the old stories of the Republic of China era have been described by literary historians as "rewriting the period’s history from a civilian perspective”. He has won the National Prize for Excellence in Novella Writing, the Jiangsu Literature and Art Prize and other literary awards.

Ye Zhaoyan’s Nanjingers was one of the first two translations produced by Nanjing’s initiative launched in 2017 to fund the translation of works by Nanjing authors as well as new or influential foreign works.