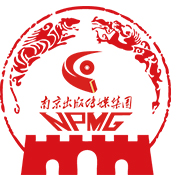 Nanjing Publishing Group methodically develops and publishes series of classic texts and introductory materials covering Nanjing’s history and culture for readers at every level. More than 800 such titles have been published or are in production so far, including key publications that have received major national prizes—such as 100 Years of Change in Nanjing and the Nanjing City Wall Brick Inscription Reader—and modern branded series such as the “Jinling Compendium”, the “Nanjing Reader” series and the “Nanjing Rare Texts” series.