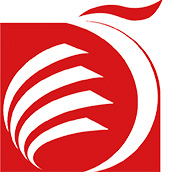 Headquartered in Nanjing, Phoenix Publishing & Media Group is one of the largest and most dominant cultural organs in China. Its operations cover a range of cultural sectors, including book publishing, book issuing, newspaper printing, web publishing, culture hotels, finance and investment and arts management. As a leader in the Chinese publishing industry, Phoenix is the highest-ranked publisher listed among the “Top 30 Chinese Cultural Enterprises” and has led the industry in terms of aggregate economic scale and output capacity for many years running. The company also ranks sixth in the world for book sales. The Phoenix brand was included in World Brand Lab’s “China’s 500 Most Valuable Brands” and the Asia Brand Association’s “Top 500 Asian Brands”, it was the only Chinese publishing and media group on the list.

In recent years, Phoenix has shown itself to be truly global in its approach to the promotion of literature and reading. The brand’s Licensing Centre serves as an avenue for foreign authors to the enter the Chinese market and vice versa. Each year the Centre transfers the copyrights for over 400 works into and out of China. Moreover, Phoenix Publishing has worked with the city of Nanjing to develop its “Sister City Libraries” programme, which aims to establish partner libraries in all of Nanjing’s 81 sister cities. These libraries will help bring Nanjing Literature to world famous libraries around the globe.