On August 28, President Xi Jinping replied to a letter from Hannah Getachew, an Ethiopian youth representative who participated in the International Youth Forum on Creativity and Heritage along the Silk Road. The original letter expressed the combined views and ideas of the international youth representatives present at the forum. In his reply, President Xi welcomed further such input and cooperation by stressing that its youths are the future of a country, and the youth as a whole the future of the world, before encouraging the young ambassadors’ efforts toward building a future community in which all humanity can stand stall.

When writing her letter to President Xi Jinping, Hannah Getachew chose to use the historically significant Ten Bamboo Studio Letter Paper as an expression of her love and respect for Chinese traditional culture. 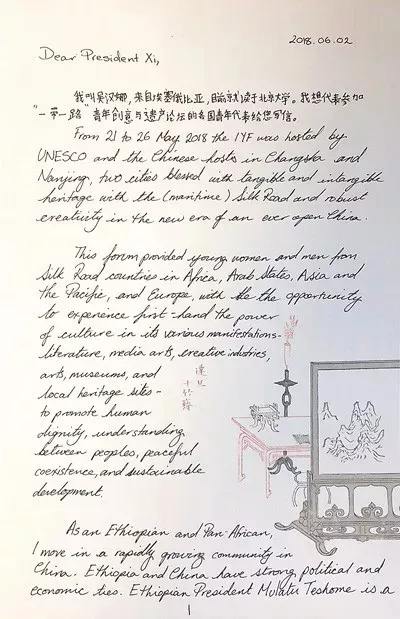